Last month, our firm sponsored the Korean American Youth Foundation’s Golf Outing as a Par Sponsor. The Golf Outing was held on Monday, October 24, 2022, at The Muttontown Club. The funds raised during the outing went to fund KAYF’s WAFL (We Are Future Leaders) Program. KAYF supports and empowers underserved youths of immigrant families. Our attorney, Alexander Mun, has been on the Board of Directors, as KAYF’s Secretary, since 2020. 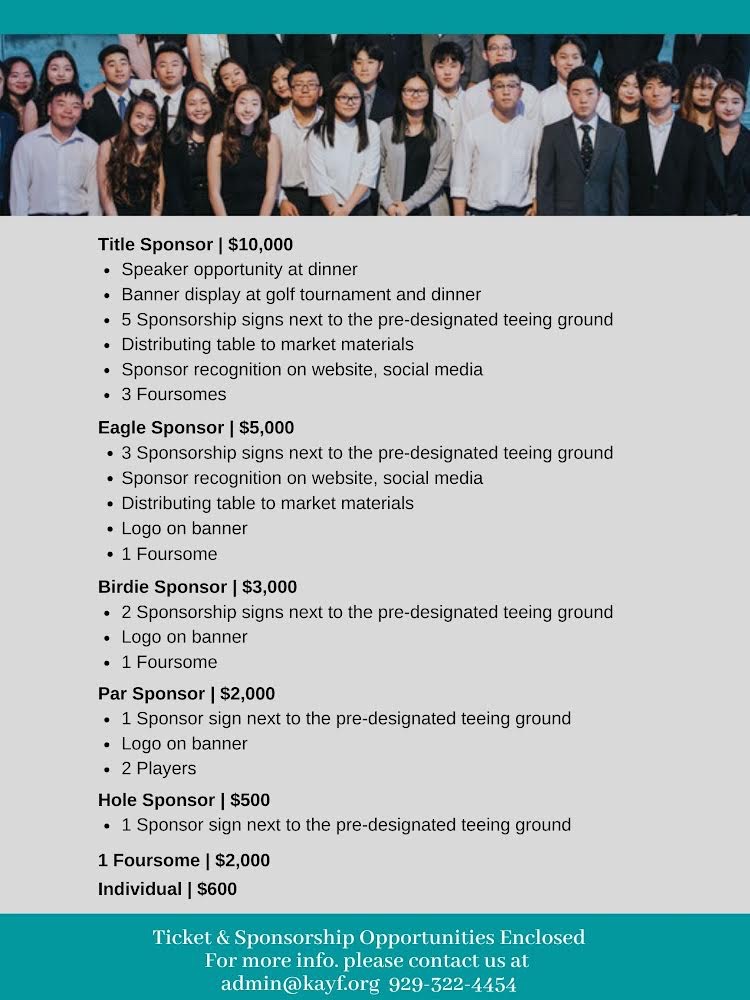